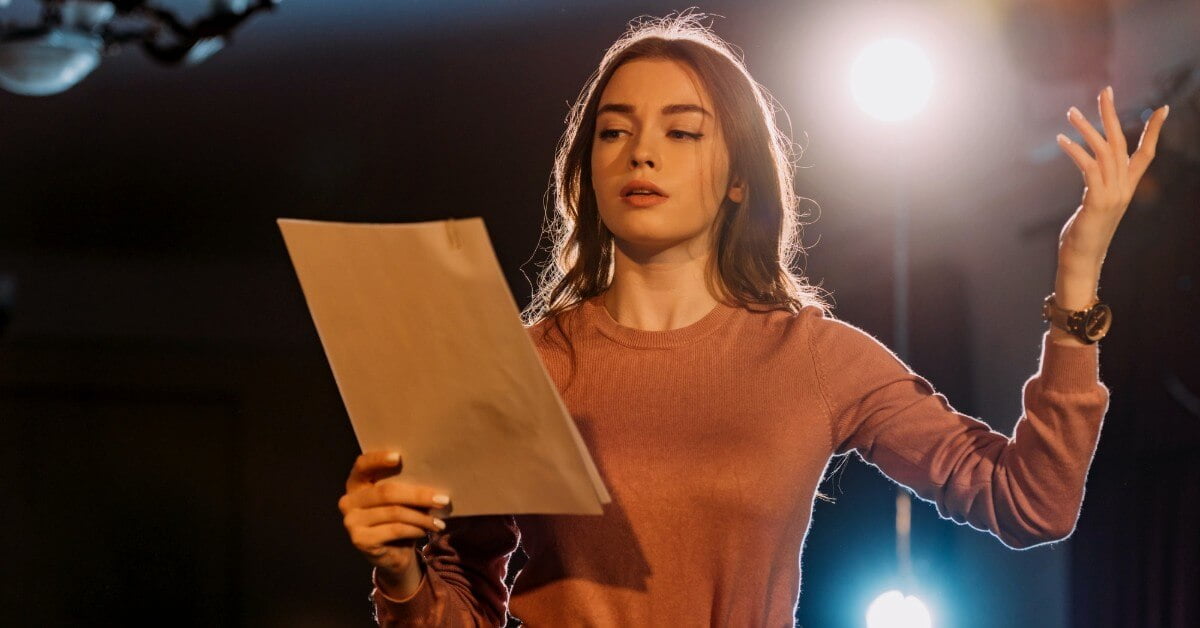 That would seem true. Pure improvisation does mean creating out of nothing with your imagination, with the only limitations being the ones you put on yourself. And voiceover actors get scripts to read into a microphone. Let’s explore the ways voice actors can use improvisation and find out if the conflicts can be worked through.

The definition of improvisation from the Oxford American Writers thesaurus: extemporization, ad-libbing, spontaneity, lack of premeditation, compose, perform, or produce something such as music or a speech without preparation. We can argue about the meaning of “without preparation” but let’s agree to the concept of little forethought or almost zero preparation prior to the improvisation.

Can a voiceover actor use a script and improvise?

Here lies the apparent conflict that seems true with our basic understanding of the definitions above. To help illustrate that there is a middle ground, here’s a graph I developed for my 101 class showing how there is an overlap between these worlds. 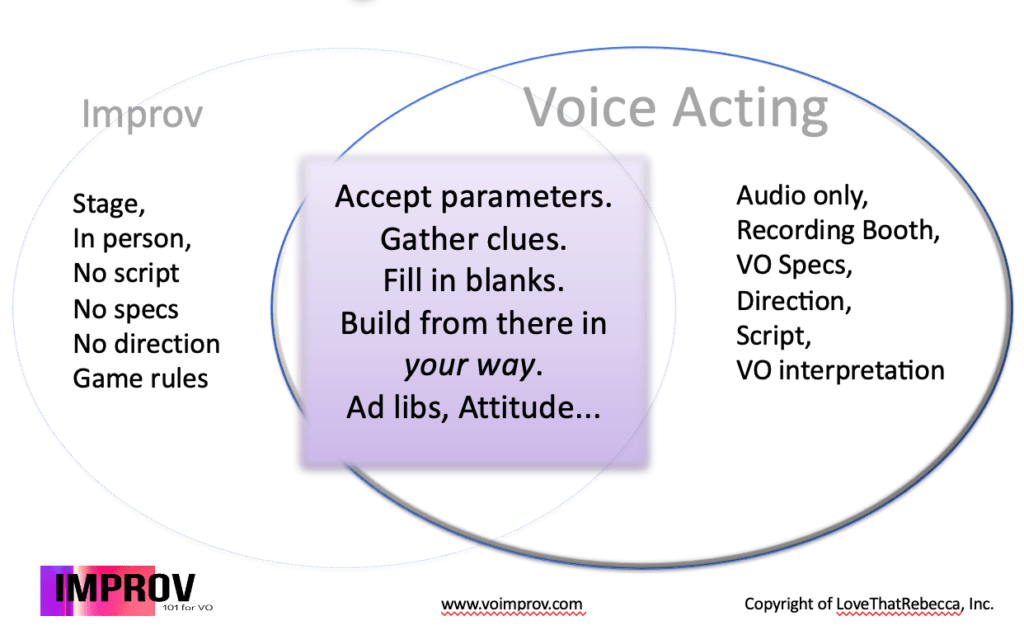 In simple terms, the voiceover actor can improvise by doing two things: fully embracing the script and improvising details that aren’t provided within the script but fit with it.

Every script tells a story. A voiceover actor can use improvisation to imagine details that:

A few other ways to improvise while using a script are simpler, well-known techniques or tricks.

Two ways to find a natural way to initiate the script opening:

Within a script, allow natural sounds that assist with natural flow/rhythm/pacing and which may possibly be edited out later:

The ways in which a voiceover actor can improvise throughout a script can vary as much as actors are different.

The major point is there doesn’t need to be a conflict between improvising and the use of a script. The improvisation should support the script, filling in details that support the story and message. In a way, the improvisation is part of the acting technique, incorporated and embedded within the attitude, tone, volume and pacing of the spoken words.

Improvising supports acting technique and creating a ‘world’ that is generated from the words in the script.

The point for the voiceover actor is she wants to deliver the words as if she’s thought of them. Depending on the voiceover script, it may or may not provide that perspective. Voiceover scripts often leave lots of space for the actor to fill in details and “live within the ink”.

What sort of situation would create her to speak these words if that perspective isn’t provided? Regardless of the variability between actors, the practice of improvising details can assist her to explore and then determine the most authentic ‘world’ with the script.